September 17 – The curse of Lucifer 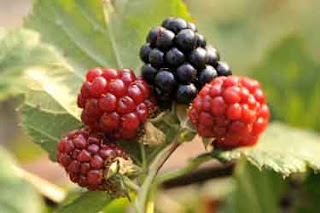 I grew up on the North Sea and now I live on the Aegean Sea. There are differences between the two seas: one is mainly grey in colour, the other is blue; one is cold and the other, in the summer, warm; one mostly finishes on sandy beaches, while the other sees her waves often lapping at pebbled and rocky beaches; one creates dunes behind the beach, the other leaves her waves to break on a rocky coast.

Rocks often offer up no more than a few small salt pools or the odd shell, like the Patella depressa. On the other hand dunes may provide home to masses of blackberry bushes. As I child I often used to pick blackberries in the dunes.

Greek islands are not known for their blackberries. Picking blackberries isn’t very popular with the Lesvorian people who gather food in nature (wild pickers) although there are plenty of blackberries to be found on the island. You can even find some real sand dunes at the beach of Kampos, without brambles but compensated by some huge caper plants.

What I really do miss on this island is the small fruit-like berries (like blueberries!) and raspberries. Blackberry is the only fruit whose taste comes near that of those other berries. There are strawberries (not wild ones), but their taste is too wayward to resemble berries. So I have to make do with gathering blackberries at the end of the summer and that is no problem because they grow in many places like on both roads from Molyvos to Skala Sykaminia, on the road to Old Andissa, or around Lisvori and Vatoussa. They are small, but very tasty. And they are very healthy.

Scientists say that blackberries can reduce the growth of a tumour, that they can lower cholesterol; brambles keep your heart vessels clean and for centuries they have been used to cure a cold. And yes, the ancient Greek did eat blackberries, although mostly to cure gout. So blackberries are terribly healthy.

To pick blackberries is not without risk because bramble bushes have mean thorns that love to stick into your clothes or your bare arms; and, not surprisingly, the parts they have played in different legends and myths have not been so nice either. Like when Lucifer was thrown out of the heaven, he fell into bramble bushes and cursed the fruit.

According to Greek mythology, a similar thing happened to Bellerophon, a son of king Glaucus of Corinth and a grandson of Sisyphus. Bellerophon, just like his granddad, was not a sweet guy. He once run into trouble with the king of Lycia; the king wanted to kill him but knew that the murder could bring him political woe, so he sent Bellerophon on an errand, to kill the fire-spitting monster Chimaera. Nobody expected Bellerophon to do the job or to return alive but Bellerophon got the help of a god (probably Athena) who gave him a golden bridle so that he could ride on the winged horse Pegasus. With the help of Pegasus, Belerophon killed the Chimaera and returned as a hero. His fame made him arrogant and one day he decided that he would fly with Pegasus to the top of the Olympos, home of the Gods. The outraged Gods made the horse prance and Bellerophon fell into some bramble bushes, becoming blinded in one eye. Bellerophon ended his life as a lonely hermit and blackberries have become a symbol for arrogance.

However there’s nothing arrogant about gathering blackberries, or serving fig-with-blackberry-ice cream or a blackberry pie with whipped cream. But while picking brambles one must remain cautious, not only for the sharp and mean thorns, also for the weather. Often in my youth we were attacked by thunderstorms and we had to run home quickly because more than once people got stuck by lightning. Since then I never stay outside when a thunderstorm is approaching.

Now that the last figs are being collected and fat blue-black brambles in their thorny environment are there to seduce you, the last of the summer brings threats of thunderstorms. The Greek mainland has already had plenty of rain but here on Lesvos there have just been light clouds roaming through the sky, sometimes making a small rumble and sending a few drops to the earth. Turkey in contrast can’t be safe for blackberry pickers because often you can see the rain showers fall and in the evenings you could enjoy a fascinating light show created by lightning.

Yes, it’s typical blackberry time, also on Lesvos, and it’s good that the big rains have not yet struck because Greeks believe that figs and blackberries are ruined after a good shower by insects creeping into them. In other countries they believe that blackberries are ruined after the Name day of archangel Michael on September 29, because Lucifer will trample them. Others claim that this happens on Halloween, November first, but I think that is rather late in the year.

Thunderstorms or not, Lucifer or insects, I just pick the blackberries when they’re ripe. They go so well with Greek yoghurt, a reason why I still have not make marmalade or a pie with them. Although I have made a fig-blackberry ice cream: a lovely combination of startling autumn flavours.

September 5 - Lesvos: the island of angels? 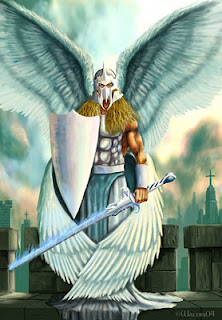 Everybody knows the myth of Icarus: along with his father Daedelus he was kept on the island of Crete by King Minos. Daedelus developed a master plan to escape: he made a construction with wings of feathers and wax for his son to fly away. Icarus got one warning: do not go too close to the sun; it will melt your wings.

If anybody wants to know why Icarus was so enthusiastic about flying too close to the sun and thus crashing into the Aegean, read the book When We Have Wings by the Canadian writer Claire Corbett.

In the beginning I had some doubts about this book which is about a new society consisting of people some of whom can fly. The flyers are the rich people who can afford to have wings. I myself hate flying and even to look at a movie just like this one about an aeroplane flying over Lesvos, gives me the creeps. But this book did the opposite: I had the feeling that if scientists were to read this book, very soon we would no longer have to be pressed like cattle into an airplane; but we could reach our holiday destination like Lesvos with our own wings.

Reading this book gives you wings, gives you goose bumps on your back where your wings should grow. This story has been written so convincingly that even if you have a major fear of flying, you will wish you could be flying like the characters in When We Have Wings.

Maybe this little movie will give you an impression how it feels when you take off into the air. Just imagine flying all over the island.

I am sure that this way you could easily spot signs of ancient settlements. The earth looks quite different from above than from ground level. An archaeologist says she found huge pyramids hidden in the sand in Egypt with the aid of Google Earth. The archaeologists who found traces of an pre-aeolian civilization in Kourtir (Skamnioudi) did not have the help of Google Earth, nor did the ones who excavated in Chalakies (between Skala Polichnitos and Nyfida), discovering traces of an even elder settlement from the copper or Neolithic era. Right now a group of international archaeologists is digging and discovering the remnants of a civilization possibly from 200,000 years ago! Even older than that of the Neanderthals. I wonder how these ancient people lived and if they, like Icarus, ever tried to fly.

In those times it was only the gods who could fly. Or could there have then still been flying mammals, like big flying dinosaurs? In the region around Lisvori and Vatera they found the remains of huge prehistoric animals like mastodons, camels, oxen, a tortoise as big as a car and the bones of a huge ape family. Around Gavathas they found the bones of a dinosaur.

The only dinosaurs who have survived are the birds, the giant albatross being the biggest, with an average wing span of 3 metres, a dwarf compared to the huge dinosaurs, of which the sauropode Amphicoelias could be 60 metres long.

Claire Corbett took the birds as an inspiration to describe flying people in a realistic way. And she created a sparkling architecture for the world of her flyers: a city with high towering buildings, steep abysses and even floating districts. She describes fabulous things like coloured waterfalls, transparent walls and paths which seem to go through space: a real joy for the fantasy lovers.

However, the real flyers in her story - the ones who do not fly because of being part of the happy few, but because they really love to fly - don’t float around those magic buildings, but prefer natural settings, of which there are plenty on Lesvos: a beach, a bright blue sea and rocks to take off. The one difference is that the Greek summers are pretty cloudless. The real flyers are studying birds and insect and cloud formations and aerodynamics in the sky.

Seeing people with wings makes you think of angels. Flying creatures are known on Lesvos; an example being the legend of archangel Michael, whose miracle icon in the monastery of Mandamados attracts thousands of pilgrims yearly. The story goes that archangel Michael with his wings and sword chased away the Turks – another story says pirates - who were raiding the Taxiarchis monastery, thus saving one monk. This man was so grateful to his rescuer he took the earth coloured with blood and created an image of the head of the archangel, later decorated with beautiful silver wings. Taxiarchis, the Greek name of the archangel Michael, is also the patron saint of Lesvos.

Robert Betz, the German guru who has settled on the island believes that Lesvos is an island of angels. Not only can you find plenty of images of angels for sale in his online shop, in seminars he also has the angels talk.

That’s why in the souvenirs shops of Lesvos now you’ll find plenty of angels along with the icons with archangels, made by artists taking advantage of this Betz-angel-trend. Claire Corbett however writes about human angels, not created with miracles as it is pure science that makes the flying possible. The flying people with their lustrous wings may look like angels from heaven, but the story is really human: about being a parent, about social justice and of course about love and betrayal.

I have no idea about which angels Robert Betz is talking. His angel-students are just like Corbett’s elitist flyers — a little arrogant, moving around like they are the only people on the island. I would say that they do not behave like angels, more like Icarus, whose haughtiness collapsed when his waxen wings melted.

I prefer the birdwatchers, studying the last flying dinosaurs, or the angel icons set in gold and silver, who may shed a tear once in a while but keep on attracting pilgrims without a fuss.


(with thanks to Mary Staples)